The IPL fever is back. After the first match, the CSK will take on Rajasthan on Tuesday at the Sharjah cricket Stadium in the evening. CSK have won their first match and will be looking to beat Rajasthan too.

Before we look at today's match, let us look at how well have players performed in the Dream11 fantasy game

Looking at the above data, it looks like being batsman heavy is very risky but also may give the most return

Here we share with you the previous season's Dream 11 stats of players of both teams along with Dream11 stats of IPL 2020 season.

Firstly, CSK players delivered an average of 48 points per player in the first match against Mumbai Indians. However, that match was played in Abu Dhabi. Today's match is being played at Sharjah and therefore match predictions will be far less accurate.

The first choice for the wicket-keeper would be MS Dhoni. season taking his team to the final with efforts from the gloves and with the bat along with captaincy.

He scored 416 runs at close to 135 which included three half-centuries. Donning the gloves, he was responsible for 11 catches and 5 stumping accounting for 16 dismissals for the last season.

With speculations going on regarding the quarantine period of the England players, there are several doubts if Jos Buttler actually plays the first game. In that case, Sanju Samson will take responsibility behind the stumps like he has done on so many occasions.

Coming to his batting in the last season, he wasn’t in good touch barring that one century he got. He is already a regular top order player for the team and will have to find his best in this season.

If Jos Buttler can make it, he will be the first-choice keeper In Playing XI of RR. He has provided 58.12 Dream 11 fantasy cricket points per match in the last season. 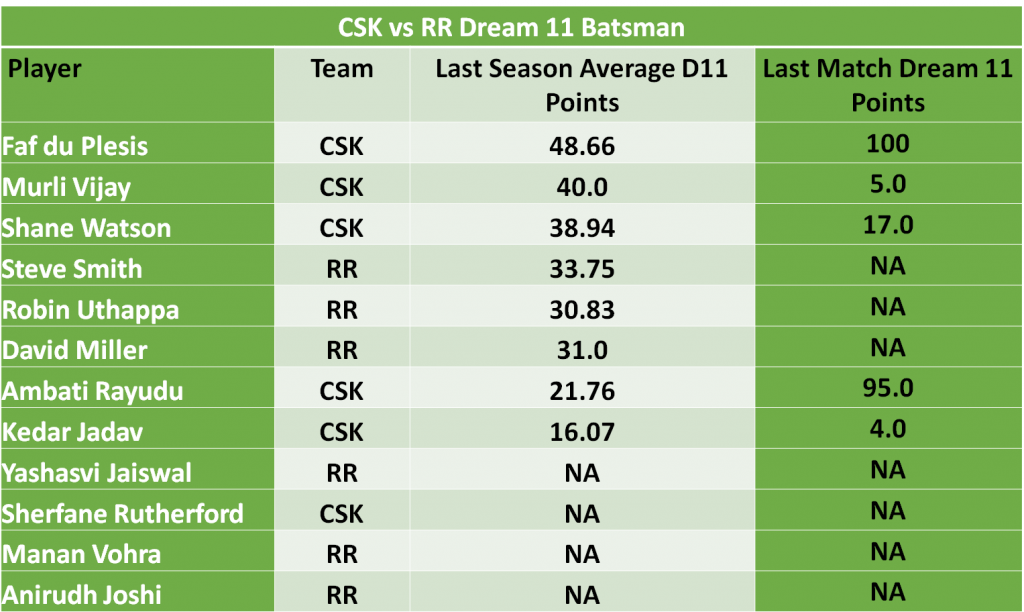 Faf du Plessis will definitely open the batting for CSK this time. He is an explosive candidate at the top of order and one of the best fielders in the world currently. He had a decent finishing last season with 396 runs in 12 matches along with 12 catches in which half of them were stunners.

Steve Smith brings solidity into the team when he comes to bat at No.3. Even though there are speculations about his presence in the squad for the opener, he is a must have player who can soak pressure when the team is in trouble.

Ambati Rayudu had a fantastic first game and will be looking forward another high scoring match.

Robin Uthappa was bought into RR to cover the middle order woes. Uthappa is someone who is flexible and can play under pressure comfortably. He can also be the backup wicket-keeper in the squad.

David Miller will have to become the finisher for RR this season. He has an excellent strike rate but hasn’t been able to have a big season for quite some time. Apart from his slogging ability, he is a world class fielder in the deep.

Murali Vijay had a poor first match, unlikely to get a second sho. Kedar jadhav too might struggle to find a place. 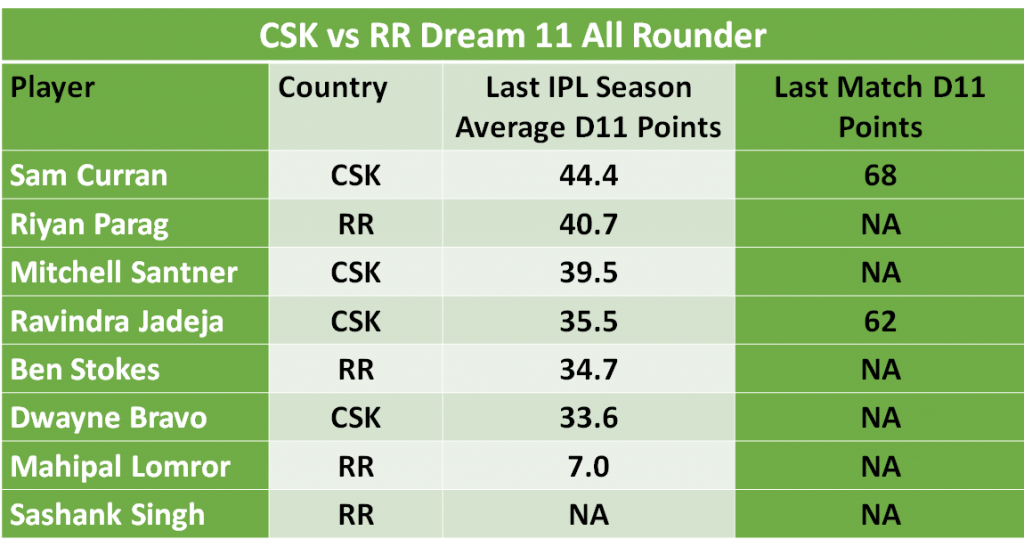 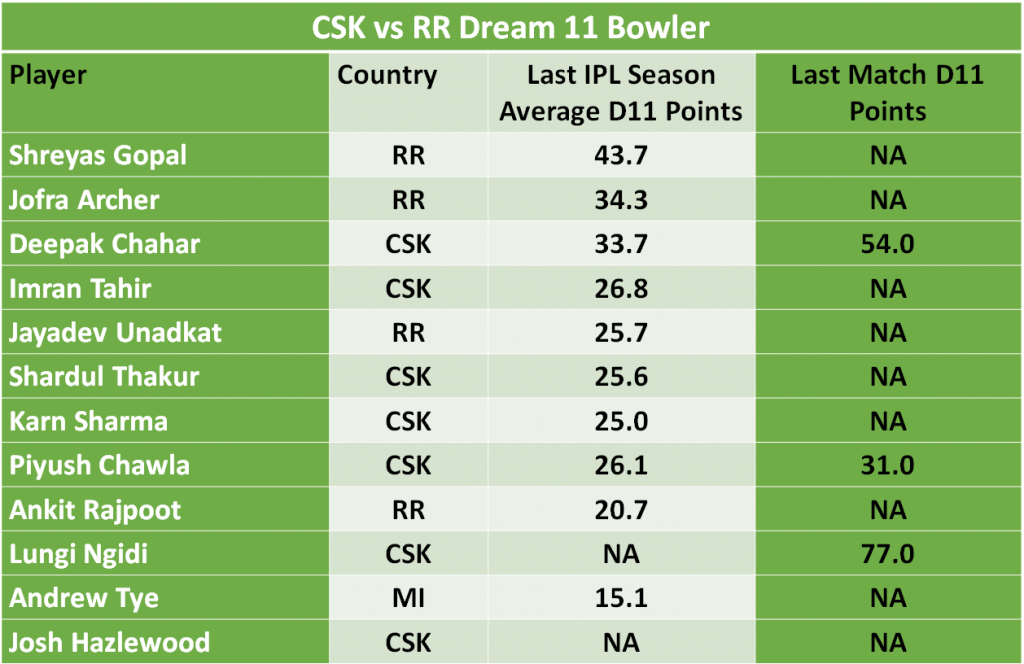