KXIP will lock its horns with RCB today at 7 30 pm IST in the Dubai International cricket stadium. Punjab played an outstanding cricket against Delhi Capitals in their first match of this IPL season but lost in the Super over. RCB won their first match of IPL 2020 against Sunrisers Hyderabad.

Here we share the Dream 11 stats of Top 22 players from CSK and DC.

KL Rahul will have three important roles this year for KXIP as a captain and wicketkeeper batsman. He has an average of 58 points per match in the last IPL season. In the first match of his IPL 2020 campaign he delivered 89 Dream11 points.

Josh Philippe who did not play in last season's IPL was the first choice as a wicket keeper for RCB in their first match of IPL 2020 season. He however, could deliver only 11 points.

Nicholas Pooran was part of Playing XI of KXIP. He has an average of 26.86 fantasy points per match from last season but in 1st match he delivered only 5 Dream11 points.

Parthiv Patel was not included in Playing XI of RCB for 1st match. He may be included as Josh Philippe was not so impressive in 1st match. He has an average of 37.78 points per match in last IPL season. 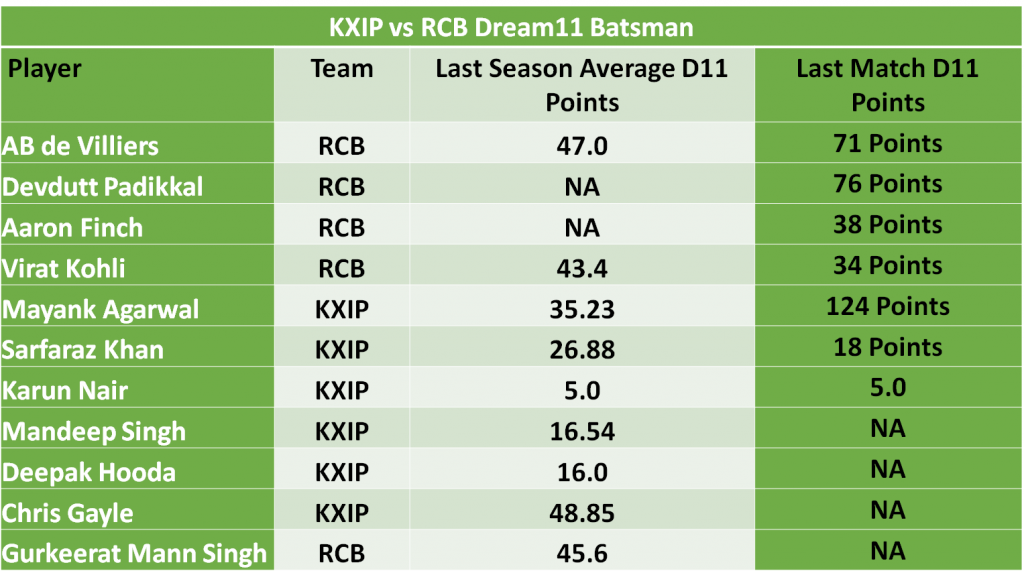 Mayank Agarwal was very much impressive in last match against SRH. He has an average of 35 Dream11 points per match last season. He delivered 124 Dream11 points and will be a first choice as a Dream11 batsman.

Middle order batsman for KXIP Sarfaraz Khan is a good choice as a batsman but he could not deliver much in 1st match. He gave 18 Dream11 points in his first match of IPL 2020.

The best pick in any match would be Indian skipper Virat Kohli. He will get back to his ideal position of one down and lead RCB's batting. Last IPL season he had an above average performance (owing to his calibre) scoring 464 runs at an average of 33.14.

The duo of AB de Villiers and Virat Kohli are the pillar of RCB. AB also known as Mr.360 is the most reliable batsman for RCB. In last season he had an average of 47.15 points per match and 71 Dream11 points in his 1st match of IPL 2020.

Chris Gayle may get to play the next match

KXIP vs RCB Dream11 Predictions : All Rounders for IPL 2020 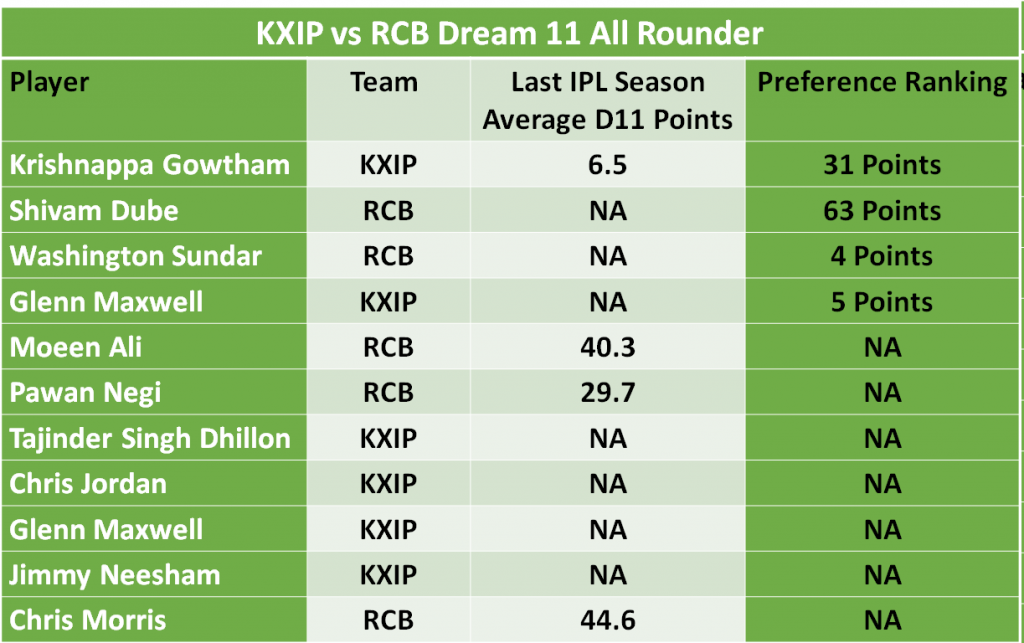 Glenn Maxwell will play the role of a finisher and spinner for Punjab this season. He is coming after a break in last season which he took to cure himself from mental issues. He however, delivered only 5 Dream11 points in his first match of this season's IPL.

Krishnappa Gowtham was quite impressive in last match. He needs to play an unique role of a spinner as well as a pinch hitter in his 2nd match of IPL2020. He contributed 31 Dream11 points in his first match IPL 2020. 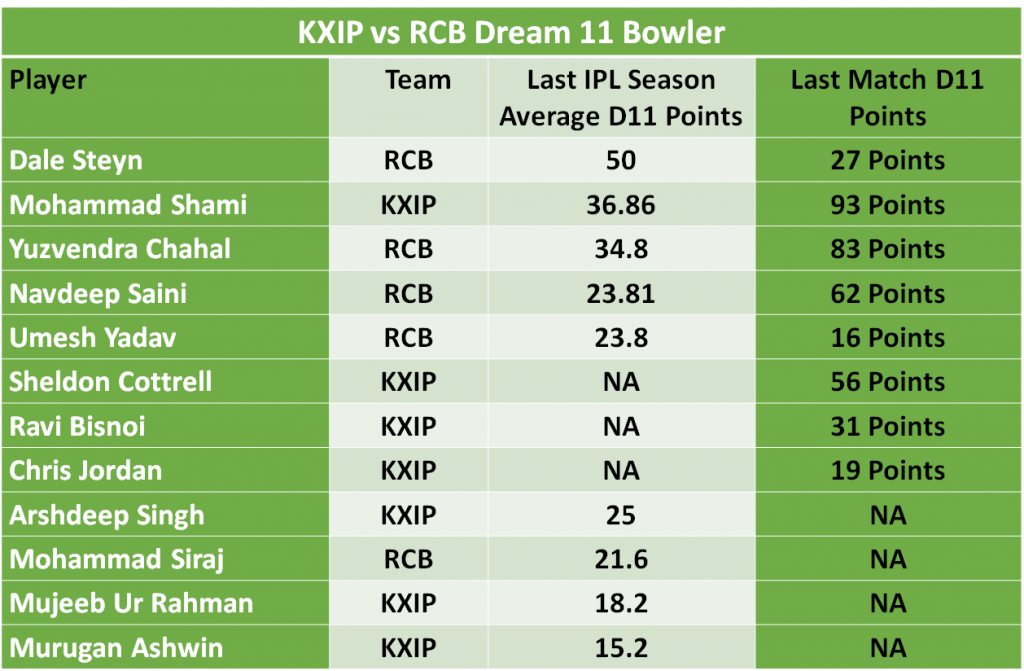 The Bowling of RCB has always been their main problem. Navdeep Saini and Chahal had a great first game. In the 1st match Chahal was quite impressive and was awarded Man of the Match.

Mohammad Shami will lead the pace attack for the Kings just as he did in the last match. He usually has a higher economy rate but gets some important wickets and hence is important for the Kings. contributed an impressive 93 Dream11 points in his first match of IPL 2020.