RCB vs KXIP Dream11 Team Predictions : Royal Challengers Bangalore will take on Kings XI Punjab in 31st match of IPL 2020 at Sharjah Cricket Stadium. It will be the 8th match for both the teams in IPL 2020.

At present, RCB stands at No. 3 in points table whereas KXIP are at the bottom of the points table. On Thursday RCB will try and win this match in order to further consolidate their position in points table and also settle the score of last match defeat against KXIP.

For KXIP in order to make their way to Qualifiers they need to win all of their remaining matches of IPL 2020.

The match is scheduled at 7:30 PM IST at Sharjah Cricket Stadium.

Virat Kohli's men have played only one match at Sharjah Cricket Stadium. They defeated Kolkata Knight Riders by massive 82 runs when they played Sharjah.

Kings XI Punjab too played only one match at Sharjah Cricket Ground. Despite setting a massive target of 224 runs, Rajasthan Royals defeated Punjab by 4 wickets when they played at Sharjah. 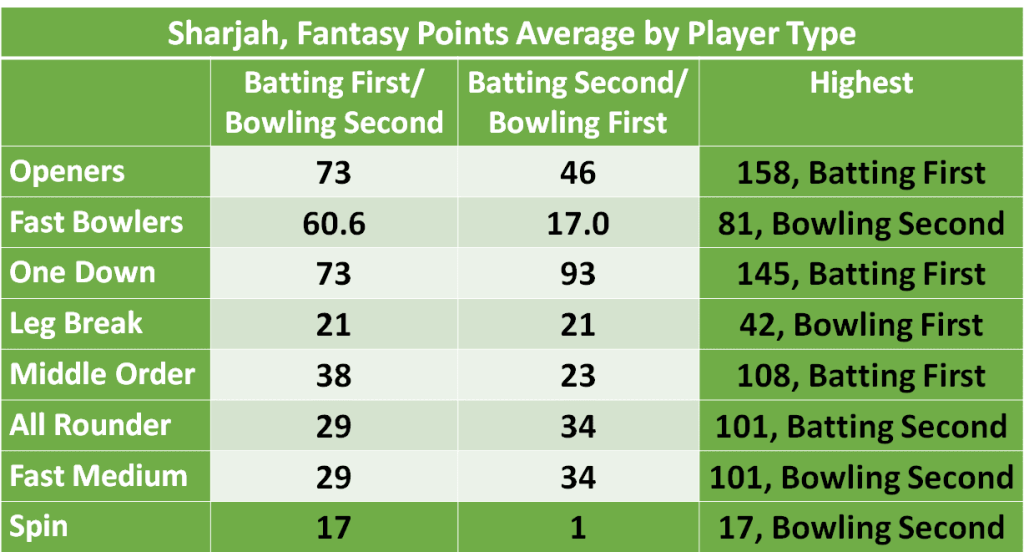 After analyzing the performance of all the players from both the team, the ideal Dream11 team suggestion would be 2 WKs, 4 Batsman, 2 All-rounders and 3 Bowlers.

Both RCB and KXIP have excellent wicket-keeper batsman. AB de Villiers from RCB has been outstanding with his performance in this IPL. He averages over 51 Dream11 points per match.

On the other hand K L Rahul, KXIP's captain has been exceptional. Despite his team failing he has been simply outstanding. In 7 matches he delivered close to 83 Dream11 points per match. He will be the first choice as Dream11 wicket keeper.

Next to him will be AB de Villiers who gave 108 Dream11 points in last match that he played.

Nicholas Pooran too has been consistent but he is not as reliable as KL Rahul and AB de Villiers as Dream11 wicket keeper.

Parthiv Patel is yet to play in IPL 2020 season for RCB.

After KL Rahul, the other player from KXIP who has been outstanding with his performance is Mayank Agarwal. Mayank averages over 68 Dream11 points per match in IPL 2020 season. He will be the first choice as Dream11 batsman.

Young Devdutt Padikkal from RCB is having a dream run in this IPL season. He will be the best one to assist Mayank Agarwal as 2nd Dream11 batsman.

Virat Kohli has finally regained his touch with his bat. As 3rd and 4th Dream11 batsman, Virat Kohli and Aaron Finch will be the ideal choice.

Mandeep Singh and Sarfaraz Khan were part of KXIP's Playing XI for last two matches. Both failed to contribute much for their team. They will be a risky choice as Dream11 batsman.

Gurkeerat Singh Mann played 3 matches and wasn't able to impress with his performance.

Chris Gayle is out due to injury and is unlikely to play even in Thursday's match.

With Chris Morris in RCB's Playing XI, there cannot be any doubt in having him in Dream11 team as an all-rounder. He played last two matches and has delivered an average of 84.5 Dream11 points per match.

Washington Sundar will be the 2nd choice as Dream11 all-rounder. He has been consistent and has potential to play bigger innings.

Shivam Dube has played few good matches but failed in most. He is a risky option as Dream11 all-rounder.

Glenn Maxwell has been a complete disappointment for KXIP. He failed in almost all the matches of IPL 2020. Having him in Dream11 team will be a big risk.

Krishnappa Gowtham hasn't been much successful. 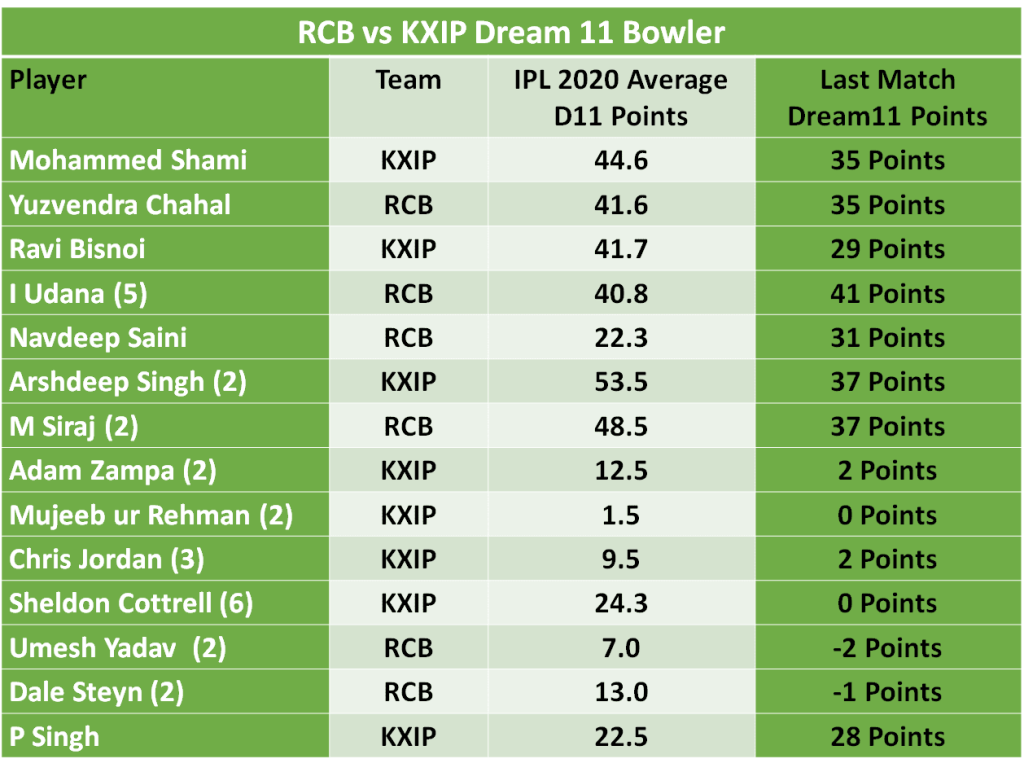 Mohammed Shami and Yuzvendra Chahal are the two bowlers who have been consistent in IPL 2020. As a Dream11 bowler they will be a great asset. Together they average over 86 Dream11 points per match in this IPL season.

Young I Udana who has been last of RCB's Playing XI for last five matches is one bowler on whom you can bet. He has been consistent and has improved with every match. He is also an ideal option as Dream11 bowler.

Ravi Bishnoi too has been consistent and can be considered as a Dream11 bowler.

Navdeep Saini hasn't been much impressive in this IPL season and he is a risky choice as Dream11 bowler.

Mohammed Siraj played last two matches for RCB and was quite impressive. However, due to his inexperience he is quite risky choice as Dream11 bowler.

Arshdeep Singh too has been quite impressive with his bowling. He too can be considered as Dream11 bowler.

Chris Jordan was included in Playing XI of KXIP again in last match again KKR but he failed once again.

Mujeeb ur Rahman has been dropped after two matches while Umesh Yadav is out due to injury.

Moeen Ali too played only one match for RCB in IPL 2020 season. Dale Steyn was dropped after first 2 matches of RCB.