In 7 matches, Mumbai Indians have won 5 matches and lost 2 while Kolkata have won 4 and lost 3 matches. Win for Mumbai will put them back at No 1 spot in points table while win for Kolkata will strengthen their chances of entering the qualifiers.

Prior to this match, Mumbai Indians and Kolkata Knight Riders have clashed against each other once in 5th match of IPL 2020. It was the first match for KKR in IPL 2020 season. Mumbai defeated KKR by 49 runs.

The match between MI and KKR will be held at Sheikh Zayed Stadium Abu Dhabi.

Kolkata Riders too have played 5 matches at Abu Dhabi Cricket Stadium. They won 3 matches and lost 2, one against MI and other against Delhi Capitals. 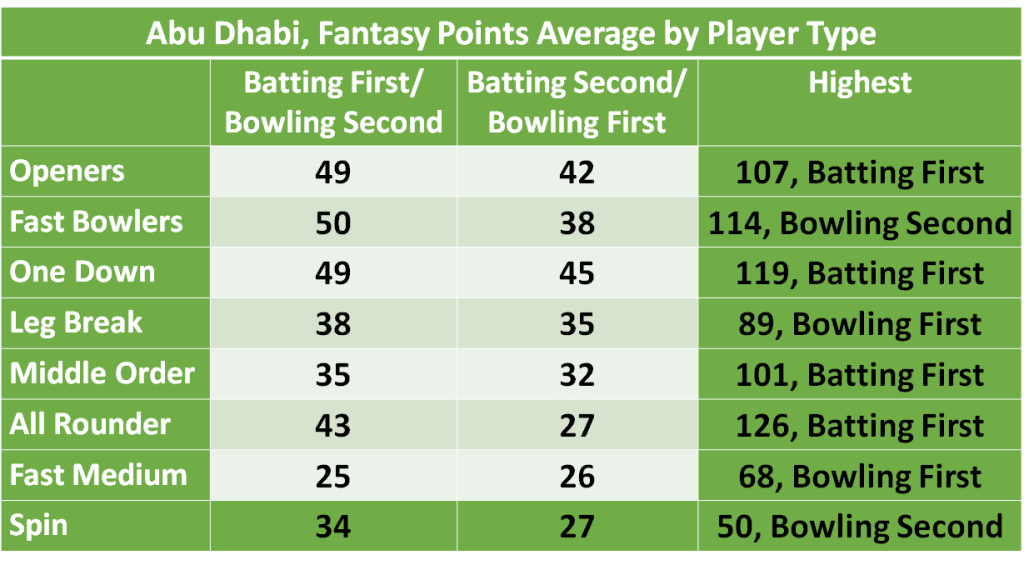 Looking the performance of each players from both the teams and analyzing their Dream11 points contribution the ideal Dream11 team combination for this match would be 2 WKs, 4 Batsman, 2 All rounders and 3 Bowlers.

Dinesh Karthik has had few good matches but he hasn't been consistent with his form. He is a bit risky choice as Dream11 wicket keeper.

The young talents like Shubman Gill from Kolkata and Suryakumar Yadav from MI have been able to leave a mark in this IPL 2020 season. They have been consistent with their form and have been a great support for batting line-up for their respective teams. Together they average around 100 Dream11 points per match. The two youngsters will make an ideal Dream11 batting combination.

Next to them will definitely be the Mumbai Indians captain Rohit Sharma. Rohit could not add much to his teams run in last match against DC but in entire IPL 2020 season he has impressed with his batting form. He will be an asset as a Dream11 batsman.

Eoin Morgan is yet to play a bigger inning. However, he has successfully sealed the 4th batting position in KKR's batting line up. He is a good choice as Dream11 batsman and he averages over 36 Dream11 points per match in IPL 2020 season.

Hardik Pandya is a good batsman and can even bowl well. However, this IPL season he is yet to perform. He will be quite a risky choice as Dream11 batsman.

Nitish Rana is yet to play a good innings while Tom Banton was included in KKR's Playing XI in last match, however he could not contribute much for his team.

Kieron Pollard pretty much solves the Dream11 all-rounder issue. He has been in good form in this season's IPL and will be looking forward to play a bigger inning in match against KKR. He averages just over 48 Dream11 points per match and is an ideal choice as Dream11 all-rounder.

Andre Russell has been impressive with bowling but he is yet to play a bigger inning. As a Dream11 all-rounder he can serve as a second option.

Krunal Pandya has had a disappointing IPL 2020 season except for match against Delhi Capitals. Having him in Dream11 team will be a risky choice.

Sunil Narine was dropped from Playing XI of KKR in last match and it is unlikely that he will be back for match against MI. 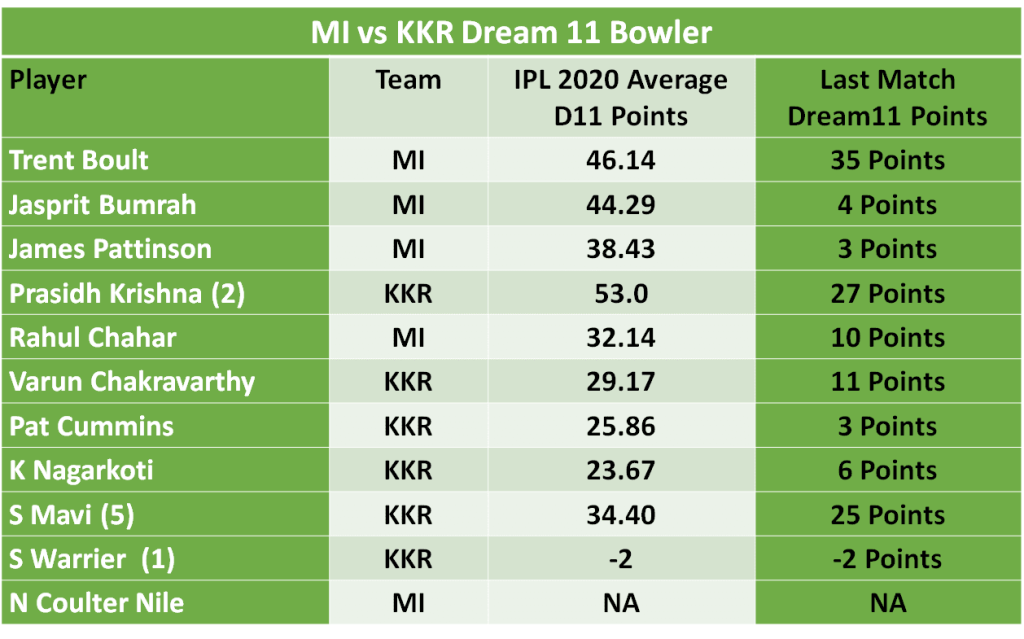 Trent Boult has been quite impressive in IPL 2020. He averages over 46 Dream11 points which makes his the very first choice as Dream11 bowler.

Kamlesh Nagarkoti was impressive in first few matches and after that he is unable to deliver his best.

Shivam Mavi was dropped from playing XI of KKR for last two matches but he may make a comeback in match against MI.