2G Spectrum Scam: What is it all About?

2G Spectrum Scam: What is it all About?

2G Spectrum Scam: Before knowing about the scam it’s important to understand the meaning of the word “spectrum”. Spectrum is a range of electromagnetic wave which is used as a communication carrier. In simple words these are invisible roads which are present in the atmosphere which helps in communication.

The radio station we listen to are allotted different spectrums like 93.5 and 98.3 which helps them to communicate. These are considered natural resources and thus it is the responsibility of the government to care of it.

Spectrum are available in limited numbers only and one spectrum cannot be allotted to more than one party otherwise their line will cross and voices of each other can be heard.

In India, it is the responsibility of Government of India to allocate different spectrum to different firms. The spectrums are auctioned where big telecom players bid for it.

2G Spectrum Scam: When did it Start?

It all started in 2007 during the 1st tenure of Manmohan Singh as Prime Minister and when A. Raja became the Telecom Minister.

In Aug 2007, allotment process of 2G spectrum was initiated by the Department of telecom which was headed by A. Raja. A. Raja belongs to DMK (Dravida Munnetra Kazhagam) Party and represents Nilgiris constituency of Tamil Nadu.

Sept 25, 2007 the Telecom minister issued a deadline for application to buy spectrum. The deadline was set to 1 October 2007.

The ministry received 575 applications by 46 firms. The allocation of spectrum was considered as an important task and even the then Prime Minister of India Dr. Manmohan Singh wrote to Raja that he should ensure fair license allotment and proper revision of fee. In return, Raja replied and rejected many of his recommendations.

The telecom industry decided to sell spectrum on the basis of first come first serve.

In 2008, the spectrum was allocated to companies like Swan Telecoms, Unitech, and Tata teleservices. But later in 2008, these companies sold off the spectrum allotted to them to Telenor, DocoMo at much higher rates. 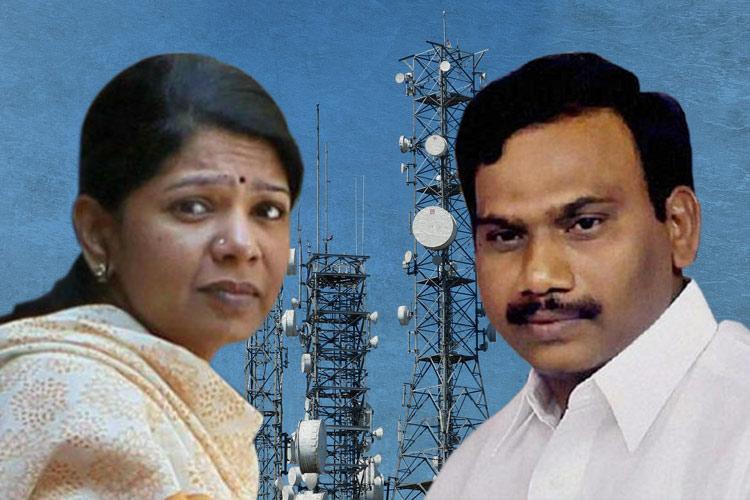 In 2009, the Central Vigilance Commission directed CBI to investigate the sell of spectrum purchased by Swan Telecoms, Unitec and Tata Teleservices to Telenor and DoCoMo.

After the investigation and from the phone records, it was found that A. Raja had private relations with the corporate companies to which he sold the spectrum. Due to these allegations A. Raja was made to resign as Telecom Minister in November 2010.

In 2011, Feb the Supreme Court directed the CBI to look into the account of the corporate houses which were the beneficiaries of the 2G spectrum. Result of this was A. Raja was taken to the CBI custody and late in February, he was sent to Tihar Jail under judicial custody.

The actual allegations for which A. Raja was being questioned was that the spectrum was sold to the corporate houses at very less rates than decided which caused the government a massive loss of 1.76 lakh crore according to the CAG. This alleged scam was considered to be the biggest in the India History.

As a result, in 2012, the Supreme Court quashed all the spectrum licenses that was allocated in 2007 as it was convinced of procedural irregularity. This was a big step towards the 2G scam. The corruption charges against A. Raja and his daughter Kanimozhi continued to be investigated till 2017 by the CBI.

2G spectrum Scam: Why was A Raja and Kannimozi released?

Shockingly, 21 December 2017, the special court acquitted A. Raja, Kanimozhi daughgter of late M Karunanidhi and all other accused in the case.

The court held that the prosecution (CBI) has miserably failed to prove any charge against the accused made in its 80000 page charge sheet. And surprisingly the court commented that this case his nothing but a people created scam made by arranging a few selected facts and exaggerating things.

Additionally, the CBI charge sheet mentioned a loss of only around 31k crore and not 1.76 lakh crore which was estimated by CAG. This high inequality brought many questions against the CAG.

This judgement brought mixed reaction in the public. Many legal experts like Subramanium Swamy considered it a bad Judgement.

Kabil Sibal supported the judgement and told that the government faced no loss and the loss told by CAG was not valid. Congress condemned the allegation because it was one of the main reasons the party had to face a backlash in 2014 election.

Arnab Goswami's Case Prediction: Was it Abetment of Suicide or Not