HUR vs STR Dream11 Team Predictions: The rivalry between Hobart Hurricanes and Adelaide Strikers is set to renew in a gap of two days. Hobart Hurricanes are off to a big start with two back-to-back wins whereas Strikers are longing for their 1st victory of this edition.

The match is scheduled to take place on 15th December in the UTAS stadium, Launceston at 1.45 am IST. The two teams have met on 15 occasions so far with the Hurricanes emerging victorious in 6 games whereas the Strikers have been the dominating team with 8 wins under their belt.

With their last game going Hurricanes way, the Strikers would be looking to avenge the defeat on Tuesday.

After analyzing the performance of each player in the recent past, it would be ideal to have an eleven with 1 WK, 4 Batsmen, 3 All-rounders and 3 bowlers.

Peter Handscomb has done a great job with the gloves after Matthew Wade was inducted into the Test side against India. He has affected 0.87 dismissals per game and is the 4th in the list of affecting the most dismissals so far.

As far as Strikers is concerned, Harry Nielsen is not doing enough damage with the bat that has affected the team’s performance so far. In his previous outing, he managed just 8 runs at 72.73 before falling to a good one by Johan Botha.

Will Jacks finally stepped up in his last appearance as he striked at 136 and scored some invaluable runs at the top delivering 40 fantasy points with the bat. The top order batsman has to keep doing this if the side has to get over the line. Colin Ingram is a perfect T20 player at No.3 who has time and again delivered for the side. After a match winning innings in the opener, he was off to a decent start but fell to Rashid Khan with his stint ending at 25 runs in 19 deliveries.

Tim David has played the finisher role extremely well with a strike rate over 170 and a boundary coming every 4.60 balls for the talented player in this season. Macalister Wright is another talent who should be given enough opportunities to prove himself at the highest level.

For the Strikers, Matt Renshaw will turn out be a key candidate who brings international experience into the fray. He has over 580 runs in 25 games and is a key player in the top order.

Jack Weatherald is an underrated middle order player who is one among the top 25-run getters in the BBL history. He failed to get going as he fell to Botha in the first game.

Jonathan Wells is also a value addition in the eleven who has plenty of experience in various T20 tournaments. He has amassed close to 2000 runs in 82 innings at 124.37, thereby delivering more than 35 dream 11 points consistently.

Ryan Gibson would be looking to make his mark with a potential chance of him playing the whole season. He was unlucky to have been dismissed cheaply through a run out.

D’Arcy Short is the 6th highest run aggregator in BBL history with 1836 runs and is one of the important players if Hurricanes side were to succeed. He played an explosive innings at the top of the order where he smashed the bowlers for 72 runs in 48 balls delivering 86 points. He will be accompanied by James Faulkner who bowled a beautiful spell where he took 3 scalps at just 5.20 runs per over. He also pitched in with the bat in the death.

Nick Winter who was benched in the last game is also an effective bowling all-rounder who bowls left-arm medium and gives quick runs in the lower middle order.

Daniel Worrall will have to carry the baton as the main all-rounder for the side. He played a big innings for the side but failed to get the team over the line. He delivered 75 dream 11 points in his last outing.

He will be assisted by Matthew Short who might be a given a long run this season. He has so far scored 421 runs in 32 T20 games and has occasionally rolled his wrists taking 3 wickets during the course.

Cameron Valente has a strike rate of 125.75 with the bat and has taken a wicket every 26th ball.

Scott Boland who is considered to be the frontline pacer in this eleven has looked completely off color in the two games. He has gone for 10 runs per over in both the games and needs to up his game for the bowling lineup to put some pressure.

Riley Meredith is looking like an asset for the side who bowled an excellent spell giving just 30 runs and taking 2 wickets. Johan Botha staged a good comeback in the second game as the veteran spinner took 2 important wickets in his 3 overs, delivering 50 points with the ball.

David Moody might be given the call-up if Boland fails to deliver yet again.

As far as Strikers is concerned, the skipper Peter Siddle bowled a tight spell where he picked up the important scalp of Colin Ingram in the last game. He has largely been an economical candidate who picks up important wickets.

Rashid Khan had an off day the office as one of the best in T20s went for 9.50 runs per over in his quota. Despite picking the all-important wicket of Peter Handscomb, he was taken to cleaners and is looking to do contribute as much as possible before he leaves to Afghanistan.

Wes Agar has grabbed his opportunity with both the hands as he did his job against Hurricanes with 2 dismissals.

On the other hand, Danny Briggs was below par with the new ball, but compensated that with a cameo in the end despite Strikers falling short of the target. He managed to deliver 43 fantasy points.

According to top betting and prediction sites like Betway and Bet365, the match is expected to be a close contest between Hurricanes and Strikers with no side getting the favorite tag so far. With the first game going Hurricanes way, the Strikers would be looking to stage a comeback on Tuesday. 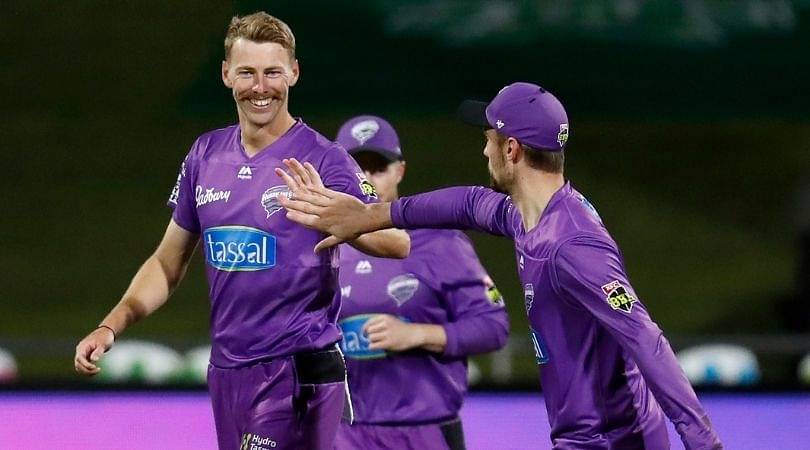 HUR vs STR Dream 11 Team Predictions: Where to watch?

The Big Bash League game between Strikers and Hurricanes will be live telecasted on Sony Network for the Indian cricket fans. The matches will be streamed on Sony Six and Sony HD apart from the Sony LIV app.