The party of 67 assembly seats received a major setback again in Lok Sabha election. Arvind Kejriwal’s Aam Aadmi Party failed to win a single Lok Sabha in Delhi. Added to it, the party lost three of its four Lok Sabha seats that it had won in Punjab in 2014. The loss cast a doubt on the return of Arvind Kejriwal as Chief Minister after Delhi Election 2020. In fact, post the landslide for the BJP in Delhi, things looked gloomy for Kejriwal

Arvind Kejriwal’s Aam Aadmi Party created a political earthquake in Delhi after its formation in 2013. The party in its first ever election won 28 assembly seats and went on to form Government in Delhi with the help of Congress. However, the government lasted only for 50 days and Delhi was again thrown in for election. The second election for Delhi Assembly was completely fought under the shadow of Modi wave, but Arvind Kejriwal’s Aam Aadmi Party sailed through the election registering one of the massive victories in the history of Delhi. His party won 67 of 70 Assembly seats and Arvind Kejriwal became the Chief Minister of Delhi once again and this time with majority on its own. It looks now that Kejriwal looks all set to return as CM in Delhi Election 2020

Kejriwal was struggling until 2017

Kejriwal and team could not maintain their political lead in Delhi for long. Two years down the line, in Delhi corporation election Aam Aadmi Party was completely decimated.  The loss did put up a question mark on the future of Aam Aadmi Party in Delhi politics.

Predict: Will Arvind Kejriwal Return as Chief Minister of Delhi? 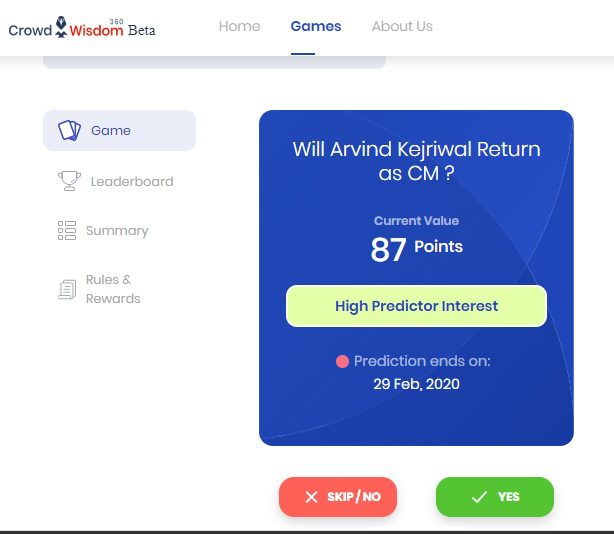 In contrast, there are few takers for BJP getting a majority in the state. Thus, it is clear that BJP lacks a leader who can compete with Arvind Kejriwal in Delhi. 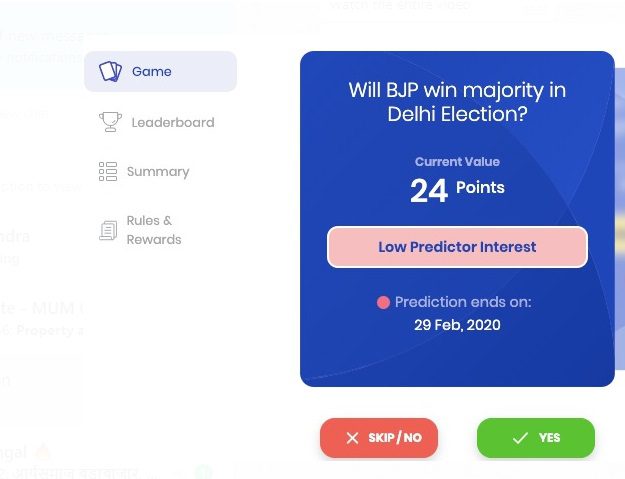 Delhi election 2020 is couple of months from now. The schemes of Arvind Kejriwal's Government have been able to touch the lives of common man. The recent scheme of free bus and metro rides for women have increased his popularity. However, his way of handling the environmental issue of Delhi is treated with more criticism than appreciation. In a few months it will be clear whether Arvind Kejriwal will return as Chief Minister of Delhi once again or will his political career come to an end. As things stand today Kejriwal looks like being back in saddle in 2020

Kejrial will continue as a cm for sure

I think this will change,kejri uncle will go