2020 Election Odds, Predictions and Polls October 28th: Before we get into the odds predictions and polls, a quick glance into the issues that were discussed on October 27th.

According to electproject, voters have cast 75,224,029 ballots in the reporting states. 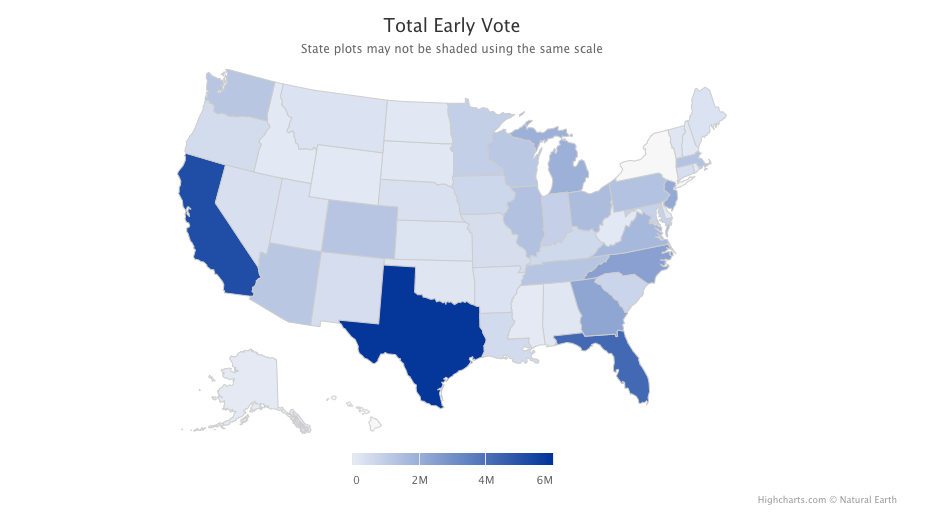 Democrats have seen the most ballots that have been returned for their party in regard to mail in voting; 13,721,585 ballots have been returned, while Republicans have had 6,867,352. The frequency of distribution of Democrat ballots is 51.1, while the number for Republicans is 25.6. Requested mail-in ballots have also seen higher Democrat numbers at 24,897,085 with a return rate of 55.1, while for Republicans it is 14,726,278 with a return rate of 46.6.

A Joe Biden Victory is being predicted in 6 out of 6 of the platforms. Most of the markets were closed for betting today.

Today, the prediction platforms have revealed shifts to the odds of Joe Biden and Donald Trump.

The most popular prediction market, predictit, reports that Joe Biden is leading President Trump 63 to 42. Biden has declined in odds while Trump has remained unchanged.

According to the prediction site bookies.com, Joe Biden is given the lead. He is placed at -200, while Trump is at 170. Neither candidate has seen changes.

Prediction platform oddschecker.com gives Joe Biden odds of 11/21 and Donald Trump odds of 15/8. Trump has not seen changes, while Biden has declined.

smarkets.com expects to have a Joe Biden Presidency, as they give him a 66.2% chance of securing a victory they give Donald Trump a 34.3% chance of winning the election. Biden has declined, while Trump has improved.

Popular betting platform Bet365 has placed the odds in favor of Joe Biden winning the election. Joe Biden is given odds of 0.50, while Donald Trump is placed at 1.70. Biden has decreased while Trump has increased.

Betting site Betway’s odds reveal that they expect a Joe Biden presidency. Donald Trump has been placed at 2.40, while Joe Biden is at 1.50. Trump has improved, while Biden has not seen changes. 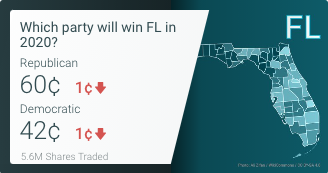 In Arizona, the Democratic Party win is placed at 54 cents, having not seen changes, while Republicans are at 48 cents, having experienced an increase of one cent. 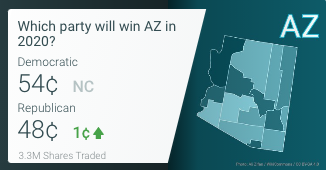 In North Carolina, the Democratic Party victory is placed at 56 cents, having not seen changes, while Republicans are at 47 cents, having increased by one cent. 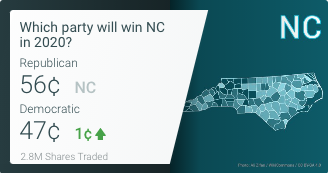 In Pennsylvania, the Democratic Party win is placed at 59 cents, having not seen changes, while Republicans are at 44 cents, also having decreased by one cent. 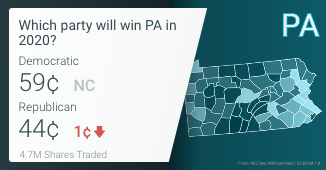 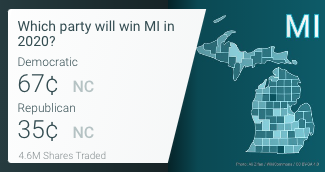 In Wisconsin, the Democratic Party victory is placed at 64 cents, having not seen changes, while Republicans are at 38 cents, having increased by two cents. 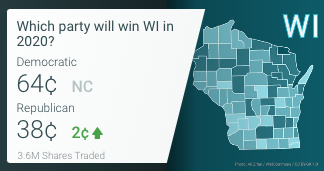 According to a realclearpolitics aggregate of battleground polls, Joe Biden leads Donald Trump by 3.5

Biden leads Trump in all of the battleground states except Florida, where Trump holds a narrow lead.

Today, the betting platforms revealed fluctuations in the odds of Joe Biden and Donald Trump. Biden suffered many declines, while Trump saw improvements. The national polls have seen a Joe Biden victory, but Trump was able to take the lead in Florida. Joe Biden continues to maintain a decent lead over Donald Trump, though this lead seems to be fluctuating and shifting daily.