DC's main weakness has been its Batsmen (excluding WK and All Rounders). In Dubai for example, the average performance is no better than other teams. However, DC's strength lies in its All Rounders, WK and Bowlers.

Apart from Prithvi Shah, none of the DC batsmen have really performed well. Shreyas and Dhawan got one good innings each. On the SRH Side, Manish Pandey has had two good matches while Warner has had one good innings

We believe Kagiso Rabada as a Captain or Vice Captain may pay off well given the nature of the wicket and his performance so far.

Given the difficulty in batting and the talent available today, we propose 2-5-1-3 combination

Top Performers for both teams in IPL 2020

Players who performed poorly in IPL 2020 so far

Ashwin is likely to miss the game again today

Anrich Nortje believes DC have a balanced outfit now indicating no changes to the team today.

Top 11 players for both the teams on Dream11 today

Wriddhiman Saha didn't have a good last season. This season, he played a match against KKR and failed to deliver. It is however, not advisable to go with two wicketkeepers in Dream11 team. 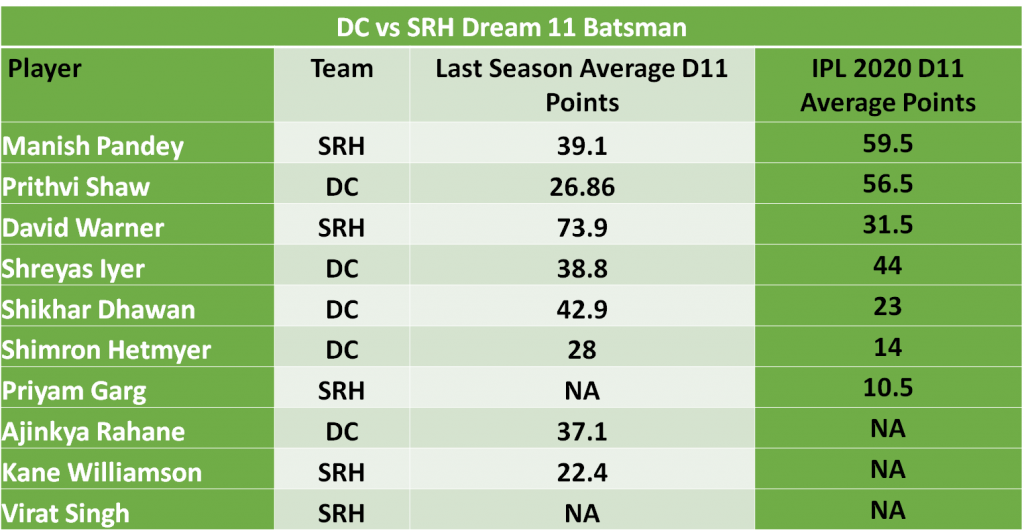 Manish Pandey should be the first choice as Dream11 batsman. He performed in both the matches and has delivered an average of almost 60 Dream11 points in IPL 2020 season.Shreyas Iyer, Prithvi Shah and David Warner could be the other 3 obvious options for this game.

If Kane Williamson plays today, one of Williamson or Shikhar Dhawan can be considered for the match today.

DC vs SRH Dream11 Team Predictions : All Rounders for IPL 2020 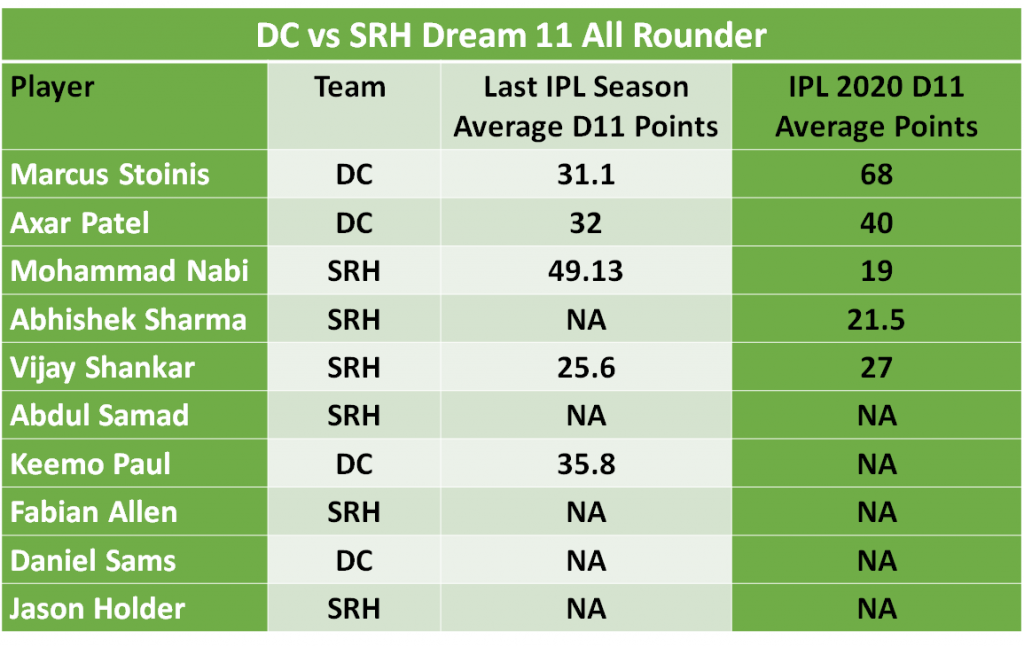 All rounders of Delhi Capital have outperformed most other teams in IPL 2020 season. Axar Patel has been consistent in both the matches while Marcus Stoinis delivered a huge 126 Dream11 points in his 1st match of IPL 2020. Both the all-rounders can be preferred as Dream11 All-rounders.

SRH has already experimented with their all rounders. In first match they went with Vijay Shankar and Mitchell Marsh. Both failed to perform and in 2nd match they went with just one allrounder, Mohammed Nabi who could deliver only 19 Dream11 points. Therefore, the selection of 3rd allrounder would be slightly risky task for this match. 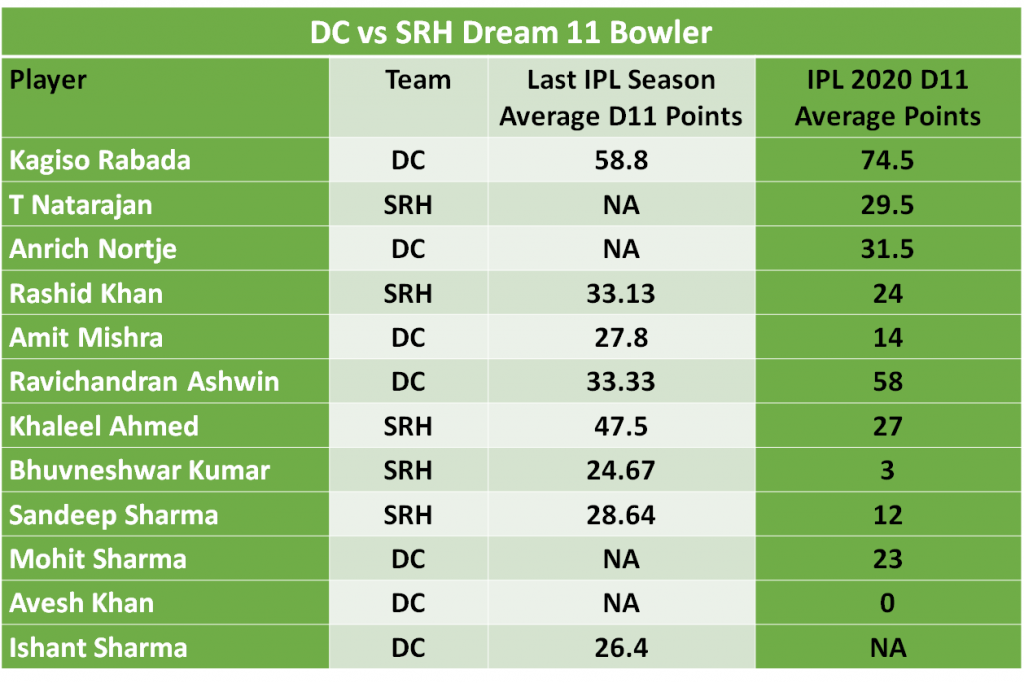 Amongst SRH players, T Natarajan would be a decent choice even if he is not the best. Rashid Khan and Khaleel Ahmed had decent outings and could also be considered as back ups.

The Ultimate Quiz on Bihar