Ind vs Aus : With IPL 2020 nearing its end, all focus now shifts to upcoming India vs Australia series. With the pandemic threat looming everywhere, the Indian team is expected to leave from UAE right after the IPL 2020 so that they get enough time to quarantine and get accustomed to foreign conditions.

Indian cricket team has travelled to Australia on 12 occasions so far with the 2018/19 series the recent most where the team went on to win a test series on Australian soil for the first time in history.

Even though the home team were without Steve Smith and Warner, the Indian squad dominated most part of the series. On the other hand, Australia had quite a home run at the fag end of 2019 with series victories against Pakistan and New Zealand that put them back in contention for the World Test Championship.

This series is looking like a decider as to who finishes at the top of the points table in test championship. Everyone knows that the visiting team will have a tough time down under, but the Indian team has produced individuals who have gone on to challenge even the mightiest of the attacks on foreign conditions across 12 different series.

But here is that particular knock that stands above all which has etched in memory of millions of Indian fans.

Check out the fixture of upcoming India vs Australia Series

India in Australia: Best batting performance down under

It was the 2nd Test match of India’s tour of Australia played at the Adelaide oval when the home team batted first in what looked like a good track to bat on with pacers getting extra bounce and little movement from the pitch. Australia wasted no time and blasted the Indian bowling line up from the start. But the major chunk of runs came from a classic innings from the captain Ricky Ponting who scored 242 runs with 31 boundaries to his name.

India started off well with a 66-run partnership between Akash Chopra and Virender Sehwag in 12 overs. With Akash falling to Andy Bichel, ‘The Wall’ of Indian cricket Rahul Dravid came to the center.

He got off with a square drive off Brad Williams that came off the meat of the bat. On the other side fall of wickets was quick. Sehwag fell soon followed by Sachin Tendulkar whose terrible run continued in this innings as well.

Indian captain Sourav Ganguly fell victim to an unnecessary run out that left the last recognized pair of Rahul Dravid and VVS Laxman with a steep mountain to climb at 85 for 4. What happened next definitely reminded Australia of that Kolkata test loss in 2001.

Dravid and Laxman got together by stitching a partnership with risk free cricket. But the only difference here was that it was Dravid who took the initiative of scoring the occasional cover drive or the on drive to keep the score card ticking while Laxman tired out the bowlers. Dravid went on to reach his double figures on Day 3 with a pull shot off Jason Gillespie.

He continued to punish the bowlers with his classy leg glances, elegant cover drives and to top it all, the square cut of their prime spinner, Stuart MacGill. Come Day 4, Dravid cut a short ball that was wide of off to the point boundary to bring up his double century in 386 balls which included 20 fours and a six in 521 minutes. He scored three more boundaries before holing it out to the fin leg fielder when he was on 233 that put India in a strong position. 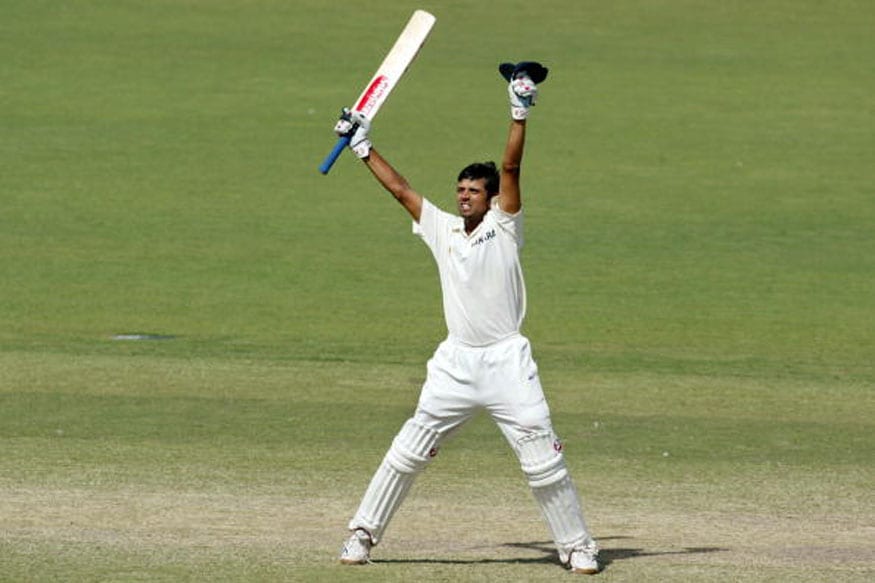 A great spell of 6 for 41 by Ajit Agarkar restricted Aussies to just 196 which meant that the India required 230 runs to win with a day of play remaining.  Once again, Rahul Dravid arrived to the party adding 72 runs to score the winning runs for the team thereby becoming the reason for India to secure one of the most memorable overseas wins ever.

Many might argue that the hosts were without McGrath and Warne, but the visitors were in a deep hole on day 3 and the way Dravid rescued the team along with Laxman at the other end spoke volumes of the quality and the temperament of two of the best batsmen that the country has produced.

Other notable innings in an Australia vs India series:

The last test series between India and Australia was in 2018-19 when Virat Kohli led side which included likes of KL Rahul, Mayank Agarwal, Shikhar Dhawan, Cheteswar Pujara, Ravindra Jadeja and others toured Australia for 4 match series.

India won the 4 match test series against Australia which was led by Tim Paine and included players like Aaron Finch, Josh Hazlewood, Usman Khawaja and others by 2-1.