Lions vs Texans Odds and Predictions:

The 12th week of the NFL is filled with some mouth-watering contests between the sides. The playoffs are getting closer by every week, so does the competition in one of the best sporting events in US.

Looking at one of those interesting clashes, Detroit Lions are ready to face the challenge of the Houston Texans on 26th November in Ford Field at 12.30 pm local time. While Lions are coming off a crucial win against Lions, the visitors Texans have a big task in hand after an unexpected defeat against Browns.

A win for either of the teams will help them in great deal as the fans gear up for yet another thriller.

It seems like Detroit Lions are heading to yet another disappointment after 9 games so far. Their 2019 campaign was dismal with a 4th place finish in NFC North and a similar fate is expected if they fail to kick start their campaign.

They started off with two losses but found a way to win against Cardinals in their third appearance. They managed to win against Jaguars and Falcons but failed to capitalize on that with big losses coming against the likes of Colts and Vikings. But a win against Washington Lions last week has provided them with a ray of hope to make it to the next stage.

On the other hand, Houston Texans have failed big time to replicate their 2019 record where they topped AFC South group with a 10-6 record. They began their campaign with four consecutive losses coming against teams like Chiefs, Ravens, Steelers and Vikings.

They were finally successful in their 5th attempt against Jaguars but it didn’t last long as the side faced outright defeats against Titans and Packers. In their last outing, they were taken down by Browns in what was a close matchup between the sides. They are currently in 3rd place in AFC South and would be looking for some redemption in the near future.

The Detroit Lions are trying to make a comeback after a series of failures in the initial part of the season whereas Houston Texans have also shared a similar story with one of the forgettable starts to the season in their group stage.

The head-to-head between the team suggests as to how the teams have fared against each other over a long period. It is quit astonishing to know that it’s not just the match on Thursday that will be interesting to watch, but it is expected that both the teams will go hard against each other.

The sides have played each other on just 4 occasions so far with Texans coming on top in 3 matches whereas Washington team has secured just the one victory so far. As far as postseason is concerned, the teams are yet to play each other at that stage.

Their recent most meeting was in 2016 when Detroit Lions lost to Houston based team with a 13-20 margin. Texans are on a 3-match winning streak while Lions are looking to break this jinx on Thursday.

Texans vs Lions : Players to Watch Out

Houston Texan (2-7) haven't had a good NFL 2020 season. The team will be dependent on their start QB DESHAUN WATSON. Watson is currently ranked No. 4 in NFL 2020 season and has a total of 2539 passing yards. This NFL season he already as 18 touch downs.

The running back David Johnson needs to provide a great support to Watson if Texans are looing forward to register a win this game. Johnson has 36 rushing touchdowns and a total of 3536 rushing yards this NFL season.

The wide receiver, Will Fuller too needs to play his role to make sure Texans ends this NFL season with a winning note. 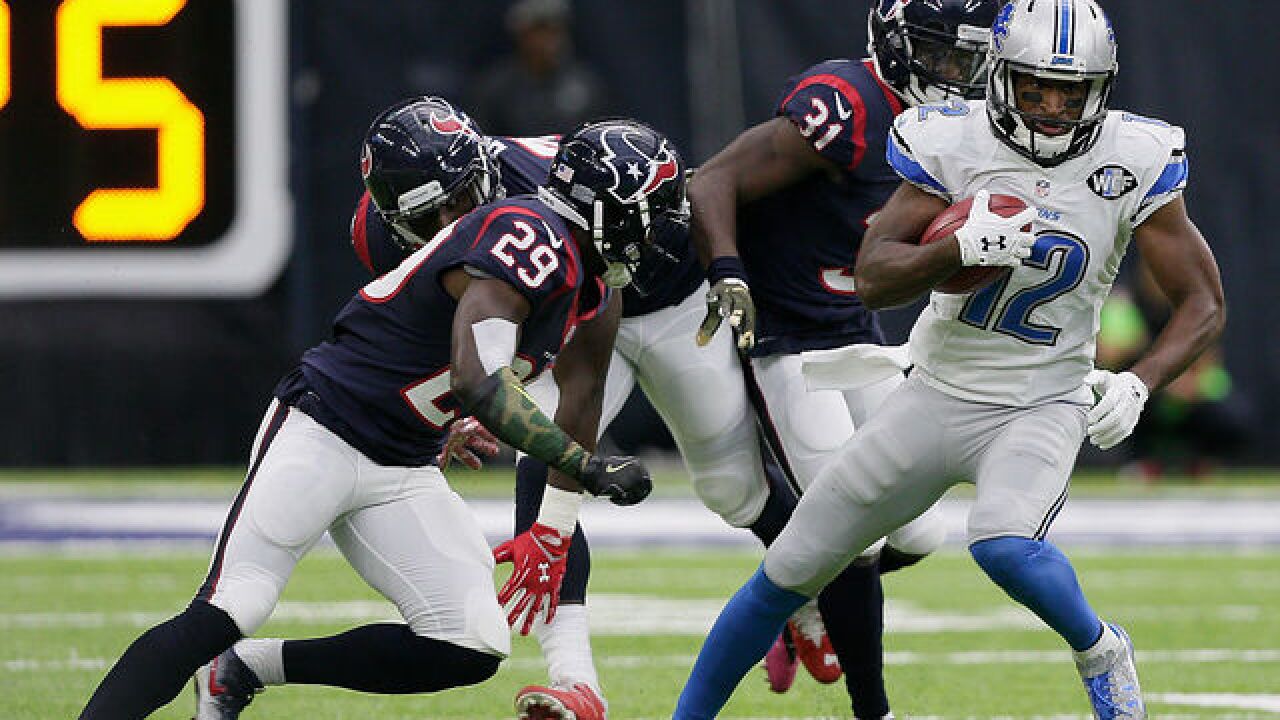 QB Matthew Stafford, Running Back Adrian Peterson and Receiver Danny Amendola have been a good support to each other in term of Lions offense. They will be responsible for decimating the Texans defense in this upcoming match.

Texans defense will be highly dependent on Left Back Zach Cunningham and Corner Back Bradley Roby. In contrast the Lions will have to rely on Jamie Collins, Romeo Okwara and Duron Harmon

The betting markets and the prediction platforms have little doubt about Lions holding advantage in this clash. SMarkets have come out with their predictions where they have given the upper hand to Lions with odds of 1.72 whereas Texans has 2.08 odds.

FiveThirtyEight which is known for giving out decisive predictions have gone in a different way by telling that this can go any way with Lions just ahead with 54% chance whereas Texans have a 46% chance.

Oddschecker known for providing the best odds are expecting a comfortable victory to the hosts while the visiting team needs a good effort from their side to overturn this.