Saints vs Broncos Odds and Predictions : With win over Atlanta Falcons last Sunday, the New Orleans Saints rose to becoming No. 1 team in NFC. In order to keep up their dominance, they need to win games the next several weeks. Broncos on the other hand did upset the Miami Dolphins in last game but are still way behind in making into playoffs.

This Sunday, November 29, New Orleans Saints will travel to Denver to meet Denver Broncos in Week 12 match. The Saints have 75% win record in away games this NFL season. Of the 4 matches that they played away from their home, Saints have won 3 while lost one. Broncos on the other hand have lost 3 of their 5 home games this season and could manage to win only 2.

Empower Field at Mile High or Sports Authority Field in Denver Colorado will witness the clash between NFC South leader Orleans and AFC West team Broncos. The match is scheduled at 3:05 p.m. CST.

New Orleans Saints (8-2) did have a good start to their NFL 2020 campaign. They beat Tampa Bay Buccaneers in their opening match but lost the very next match against Los Angeles Raiders which was followed by defeat at the hands of Green Bay Packers. Since then the Saints have been on a roll.

They have been on a 7 match win streak. Starting from beating Detroit Lions, the Saints defeated Chargers, Panthers, Bears, Buccaneers, San Francisco 49ers and in last game they humiliated Atlanta Falcons by 24-9 score.

Denver Broncos (4-6) have almost won alternate games this NFL season. They started off with a defeat at the hands of Tennessee Titans and was followed by a defeat against Pittsburg Steelers and Tampa Bay Buccaneers.

They found their 1st win of this season in 4th week when they defeated New York Jets which was followed by 2nd win of the this season against New England Patriots. However, their two game winning streak came to end when Kansas City Chiefs defeated them in Week 6 of NFL 2020.

In last 4 games, Broncos have won 2 games while lost 2. In last game they were able to beat Miami Dolphins by a score difference of 20-13.

The head to head clash between Broncos and Saints hasn't been much fruitful for the New Orleans Saints.

Till date the two teams have met  each other 11 times, with the Denver Broncos winning 9 games and the New Orleans Saints winning 2 games.

Last time when the these two teams met was back in 2016 when the Broncos defeated the Saints by a score difference of 25-23.

In last five outings between the two teams, Saints haven't registered any win. Broncos have 5-0 record against the Saints in last 5 matches that the two teams played against each other.

Saints vs Broncos Odds and Predictions : Players to Watch Out

For Saints, injured QB Drew Brees is unlikely to make return for this match but his replacement Taysom Hill was outstanding in match against Atlanta Falcons. He completed completed 18 of 23 pass attempts for 233 yards. With 2 touch downs he finished the game with  51 rushing yards on 10 carries 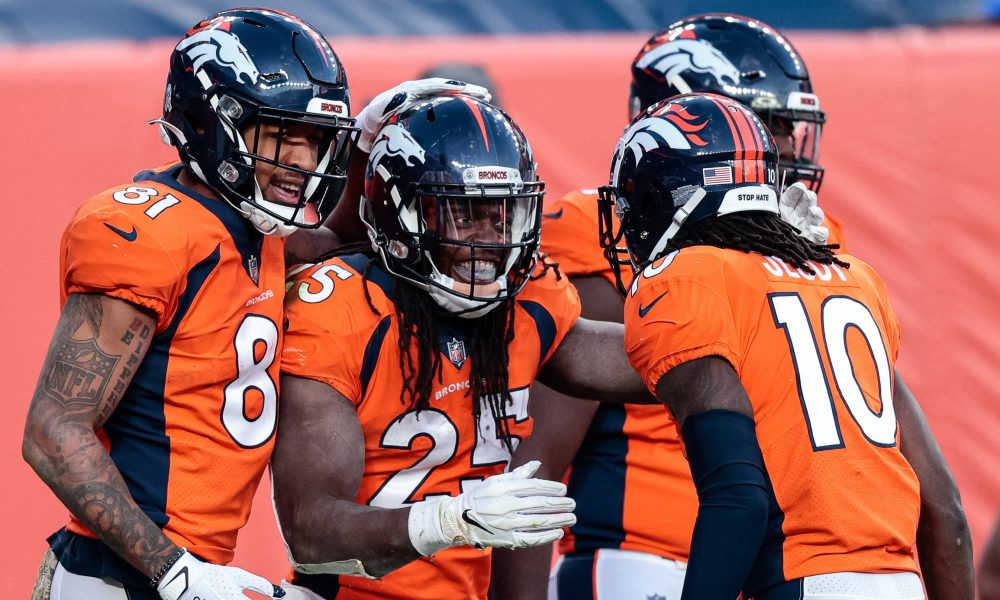 Wide Receiver Michael Thomas who has a total of 19 receptions this NFL season ended the game against Falcons with 9 receptions for 104 yards.

The Running Back, Alvin Kamara will be the one who cannot be ignored by the Broncos in the upcoming game.

For Broncos, QB Drew Lock could not do much in last game against the Miami Dolphins. He finished the game with 270 passing yards, no touchdowns and 1 pick.

The running back Melvin Gordon was exceptional in match against the Dolphins. He had 2 rushing touchdowns and had game-high 84 rushing yards. He currently has 282 rushing yards in home games.

Place Kicker Brandon McManus and Safety Justin Simmons would be the players from Broncos who could make a difference in upcoming game against the Saints.

Denver Broncos have always had an upper hand when the two teams met. However, it is almost four years since the last time two teams had face to face encounter. In the upcoming match against Broncos and the Saints, most of the sports betting and prediction platforms have the visitors as favorites.

As per NFL Betting platform, BetMGM, :

According to Smarkets, New Orleans have over 70% chance of beating the Broncos while the chances of Broncos beating the Saints in Sunday's game stands at 28.57%.

Sportsnaut too gives New Orleans Saints edge over the Denver Broncos. As per their NFL Week 13 Prediction, the game is expected to end in Saints 35, Broncos 16 score.